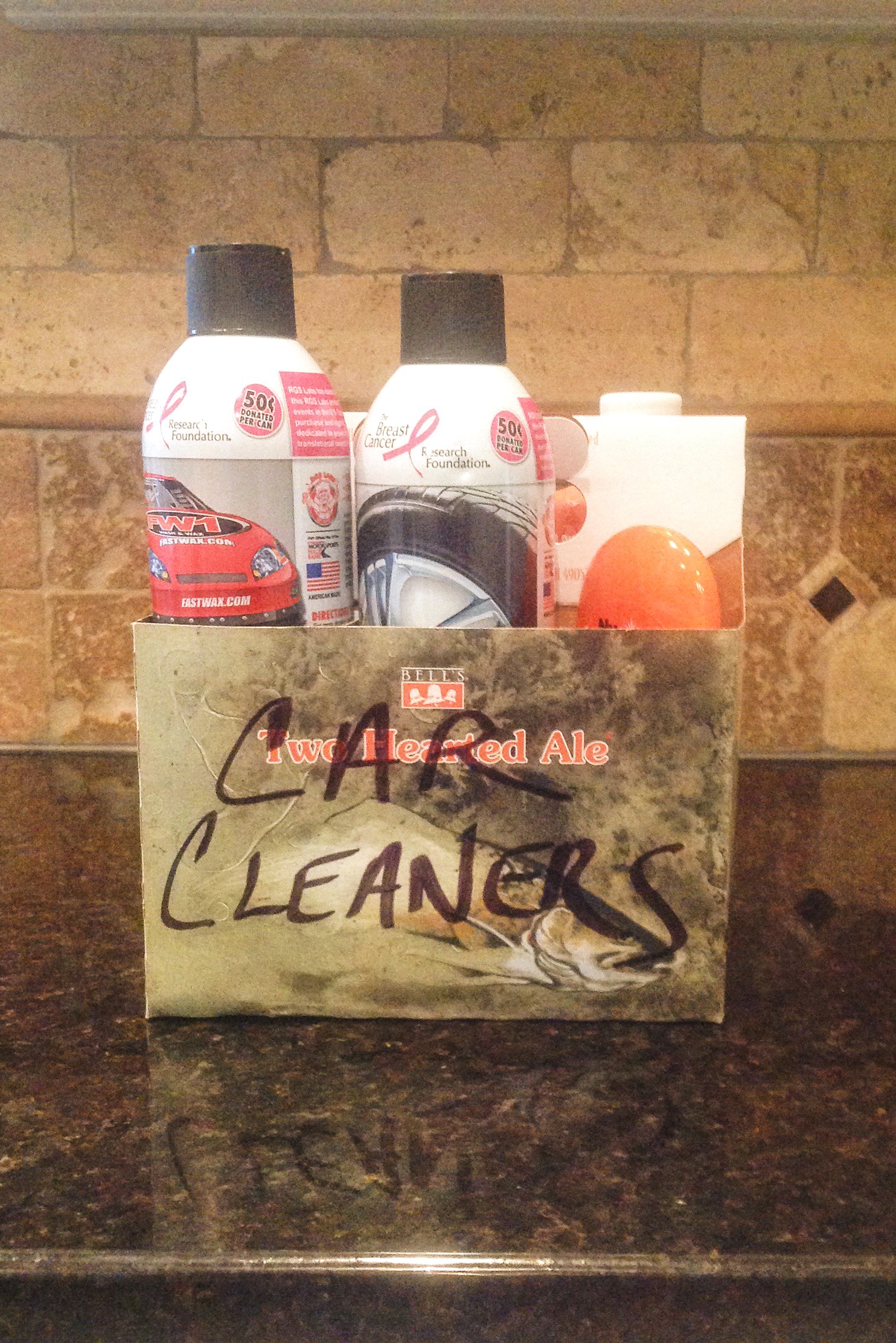 I was recently in a home where I was once again impressed with an organizing idea, and it’s another one I haven’t seen while perusing Pinterest or using Google Image Search (the first time this happened was when I saw this).

Anyways, the homeowner had taken an old 6 pack container, wrote “Bug Spray” on it and put all of her bug spray bottles in it. She kept it simple and used a sharpie but you can get as creative and artsy as you want with this project. The best thing about it? Easy containment! And cheap too, since she used an item she already owned (which is what I love to do when organizing).

When I expressed my excitement over her awesome organizing idea, she opened another cupboard and brought down another 6 pack container. This one said “Car cleaners” on it and she had put all of the smaller car cleaning bottles in it. Both 6 packs slid easily into her cupboards and she didn’t have to worry about hunting all over just to find the correct bug spray or car cleaner. This a great, cheap, easy way to bring some organization in to your life.

Eating an Elephant — The Blog

This site uses Akismet to reduce spam. Learn how your comment data is processed.